On Tuesday, the U11 and U13 Table Tennis teams travelled to St Dominic’s Priory School for the ISA Regional Table Tennis Competition. After winning the Sutton Schools Competition in November, the boys had high hopes for more success.

The first event was the team competition for both age groups. In this competition, the boys were ranked 1-4 based on ability and played the opposition’s equal rank in a best of three game (first to 11) match. Throughout this competition, Highclare played with excellent skill and discipline in each of the games, with all boys winning their match 2-0 to take them to the finals, where they would play Heathfield Knoll.

In the final, the U13 boys started and finished in the same vain as the semi-final, demonstrating superb skill and tactics. Each of the boys: Rahim, Robin, Harry and Yuvvy, won their individual matches, to win the final 4-0 and become ISA Regional Champions.

The U11s did not quite reach the final of their competition, but there was some excellent games and big improvements, which was encouraging to see.

The last event of the day was the singles. Again, Highclare had 4 players in both the U11 and U13 competition. The U11s continued improving each game, but did not quite make the semi-finals from any of the group.

The U13 boys started strongly, with three out of the four boys making the semi-finals. This saw the first of what would be two all-Highclare battles. The first was between Rahim and Robin. Robin started the stronger of the two, but Rahim battled his way back to win the best of three match and get to the final. Harry was successful in winning his semi-final and joined Rahim and one other competitor in the final group of three.

The final was somewhat of a rollercoaster. Both Rahim and Harry won their match against the other finalist, which meant the final best of three match between them would decide who would be the ISA Regional Champion. Given his number 1 ranking in the team event, Rahim was the favourite. However, Harry always had hope. In the first game, Harry kept his calm and made it 1-0. The second game was incredibly tight and Harry looked like he might have won, but a resurgent Rahim made sure that the final went to a deciding game. Again, Harry looked the stronger of the two, but Rahim kept on fighting all the way to the end to clinch the final game and become ISA Regional Champion. Well done to both on a hugely impressive game. 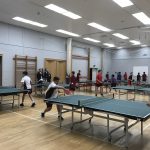 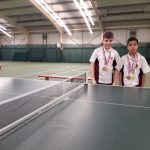 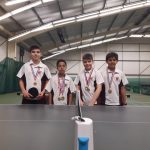 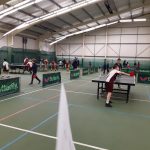 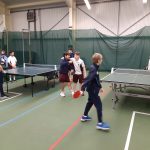