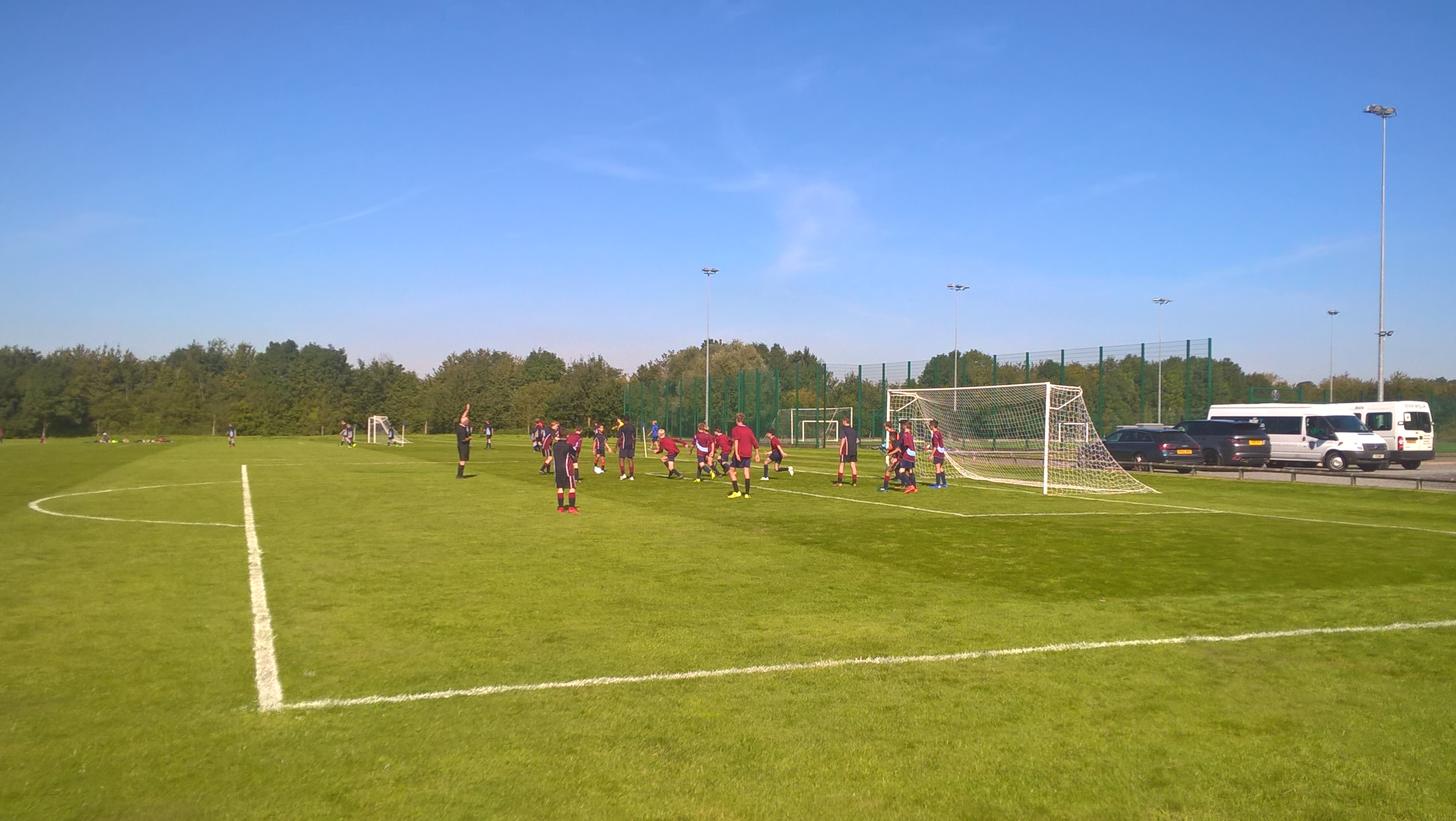 After a difficult selection process, the combined U13 and U14 football team attended the ISA Midland U14 competition last Thursday.

Two groups of five would see the top two in each group go through to the semi-final, so that was the aim. This was made difficult after slow starts against an outstanding Priory School team and then a below par performance against Chase Grammar. This meant that in order to qualify, it was essential we win our last two games and hope the results go our way.

Our third game was against Heathfield Knoll, who had also lost their first two matches in the tournament. Highclare came out of the blocks, with Joshua Andre registering the opener. A well delivered corner drew the opposition level, before Archie Moore put the side playing the far better football in front. Once again, a series of errors allowed Heathfield to draw level. With less than a minute on the referee’s watch, in true Stoke City fashion, Salif Kamara took a quick free kick from his own 18-yard box over the Heathfield defence. Ben Wilkinson had already gambled and took the ball in his stride, created the angle and slotted the home to spark scenes of jubilation, which hadn’t been seen since England won the third Ashes test at Headingley.

Now full of confidence, the team was looking forward to finishing well against an evenly matched Stafford Grammar side. Immediately after kick off Highclare were playing by far the better football; Allen Sibotsha was running the game from midfield, much like he’d done for the whole tournament, skipping past the opposition at will to create chances. After a number of chances, Archie Moore eventually put Highclare ahead. Highclare’s defence held strong. In a nervous finish, Sibotsha picked the ball up deep inside his own half and began taking in the opposition, jinking past midfielders before driving at the defence; he took then on one-by-one until he was left with a one-on-one with the goalkeeper. It was never in doubt. He calmly slotted the ball into the bottom corner to secure a 2-0 victory. This capped off a fantastic tournament for himself and his team.

In the final group game Chase Grammar needed a single point to secure second, and with the Priory setting up camp in their 18-yard box, it seemed unlikely. However, some resilient defending saw the game finish 0-0. This meant a third place finish for Highclare, which was fully deserved after the boys’ final two performances.

Congratulations to all of the boys who took part.