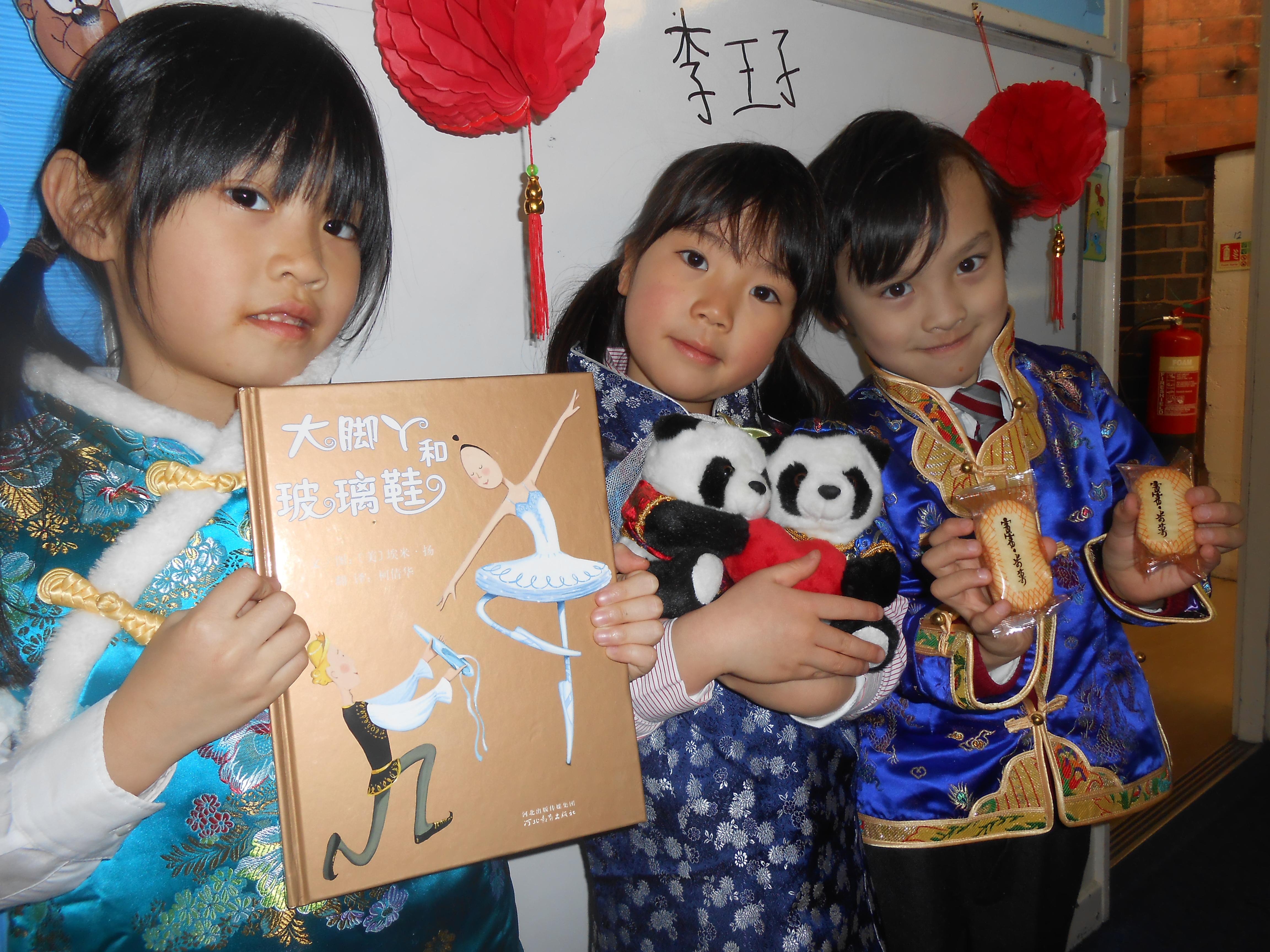 As Chinese communities around the world are preparing to launch their New Year celebrations, three J1 pupils at Highclare St Paul’s brought in some Chinese prawn crackers and Chinese biscuits to give out to their classmates.

Kirby brought in some special Chinese clothes and also explained his Chinese name to the class and wrote it for them on the board.  Freya dressed in traditional clothing and sang a Chinese song about a naughty fox who kept knocking on the door, while Kirby translated for the rest of the class.  Yuri, who is Japanese but has lived in China, brought in an outfit and some cuddly panda bears from when she lived abroad.

The pupils were fascinated by the Chinese characters that Kirby drew on the board and everyone enjoyed the crackers and biscuits. 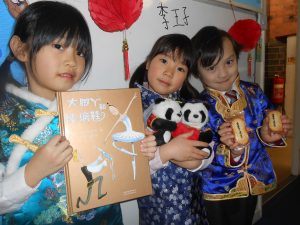 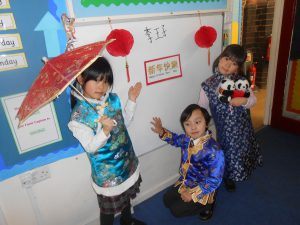