Home | News | News | Olivia! An Outstanding Performance By All

Olivia! An Outstanding Performance By All 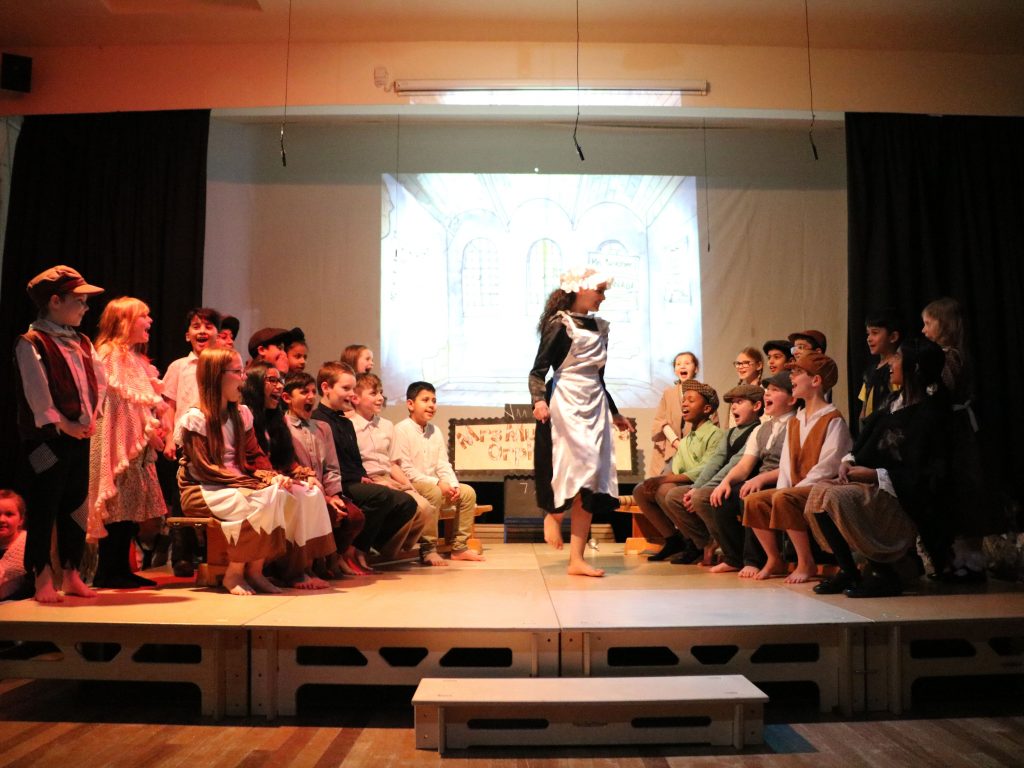 Highclare Preparatory School: St Paul’s Ks2 department brought down the house with their performance of Olivia!  Performing over two nights parents were thrilled to be able to come into school and enjoy this wonderful show! Tuneful, amusing and brilliantly performed.

Set in Victorian times the show traces the steps of Olivia, from downtrodden orphan to star of the stage. On her journey to the bright lights of London, she is befriended by Eliza Doolittle [from “My Fair Lady”] and, after a series of adventures, becomes a singer in a new Gilbert and Sullivan show, thanks to the unlikely assistance of Fagin and The Artful Dodger.

“What a week! I cannot put into words how proud I am of each and every member of Yr6. When the Junior Production is first mentioned at the end of October it seems so long a way, but it soon creeps up on us. It has been a pleasure to be a part of it since joining in January. The enthusiasm, dedication and creativity the children have demonstrated throughout the process of putting the production together has been exceptional. What I really enjoyed about it was how the children took ownership of their character. A lot of the actions and mannerisms you saw, were from their own creative minds. Each member of Yr6 really got into their role!

I hope that all of you who managed to attend over the last two nights enjoyed the performance. I know that the children did. They have talked animatedly about it all week, always with a big smile on their face. Having an audience makes a huge difference and seeing them grow in confidence as the performance went on and how they responded to the laughter and applause was a pleasure to see. Their confidence just to put themselves on stage is something they should be very proud of. Some Yr6’s (who will remain nameless) said that we should perform it again…I politely declined this suggestion.

I want to say a massive thank you for all of your support. Thank you for your support with line learning, costumes and the extra emotional support which takes place when putting on a production. Thank you! Without your support the last two nights would not have been possible. The children have earnt a well-deserved rest this half term.” Mr Landers