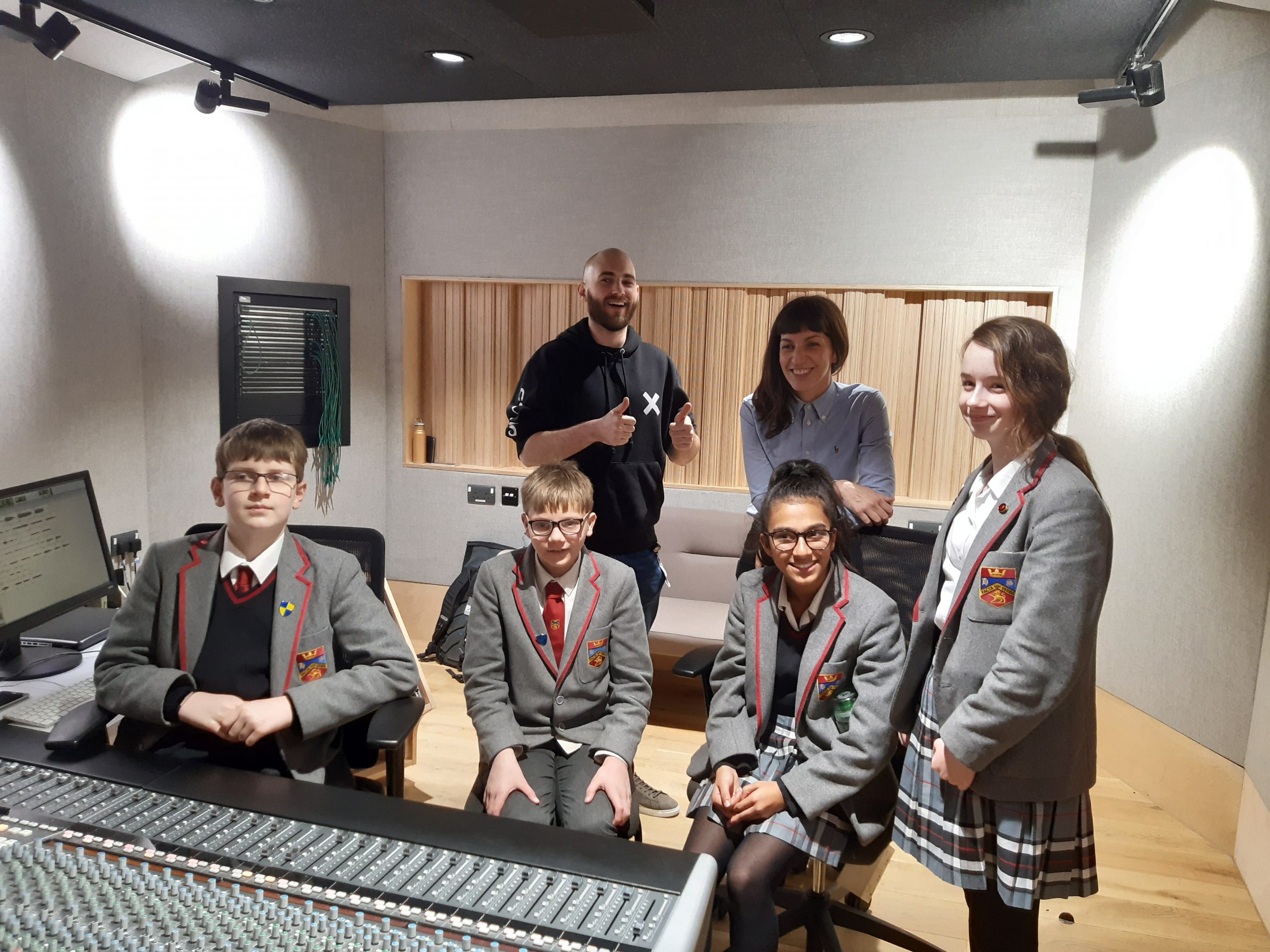 Highclare Senior School pupils were thrilled to be invited to take part in the ‘Big Art Project Station Clock.’

Susan Philipsz, winner of the Turner prize 2010 will create a large-scale aural clock. The twelve digits on the clock will represent the twelve tones of the musical scales.

Highclare pupils attended a recording studio session based at the Birmingham Conservatoire on the 15 January 2020. Their voices will combine with another 1085 voices from across the Birmingham area to become the chimes of the clock. The voices will sound on the hour every hour and last for between five and twenty five seconds, sounding very low overnight and fuller during the day, culminating in a large chorus at noon.

ABOUT THE BIRMINGHAM BIG ART PROJECT

The objective of the Project is to commission and install an iconic public art that is high quality, innovative, permanent and low in maintenance for Birmingham that will gain international recognition and put the city on the world’s cultural map. With community engagement, in line with culture and wellbeing, this iconic artwork hopes to become an important heritage for future generations of Birmingham. The anticipated cost for the project is £2 million. The overall goal of this project is to encourage citizenship and civic pride amongst the city’s diverse communities through public art.

Where are we now? In April 2017, internationally acclaimed artist, Susan Philipsz was chosen to help bring our vision to life. The chosen artwork is called STATION CLOCK.  This will be an aural clock. The clock will stand as a monument to time: past, present and future. It will comprise of twelve digits like any clock but each of the digits will represent a tone from the twelve tones of the musical scales   Birmingham voices One of our most important objectives is to encourage civic pride amongst the city’s various communities, and this is at the heart of Susan’s design. Her large-scale aural clock will be made up of 1,092 voices from Birmingham’s diverse population, an iconic idea that will become emblematic of the city. The sounds of ‘Station Clock’ will be made by the population of Birmingham and be produced in collaboration with the Birmingham Conservatoire. The tones will sound very low overnight and will be fuller sounding during the day, culminating in a large chorus at noon.   Twelve Tones Community Engagement Alongside Susan’s artwork, we wanted to engage the local community in conversation, to raise awareness of the Project, and compile opinions on how public art and architecture can work together to help accentuate a city’s identity. We are doing this with the Twelve Tones community engagement work which is being carried out throughout 2019, working with community groups in each of Birmingham’s wards.  Twelve Tones consists of workshops to explore sounds and how they can be used in artworks.  All those taking part across the whole of the city and Solihull will be invited to have their voices recorded to be part of the 1,092 Birmingham voices heard from the Station Clock.   Prime city centre location The new artwork will be completed in line with the development of HS2 and the Big Art Project team is working closely with HS2 and Birmingham City Council to include Station Clock in the plans for the public realm area in Station Square, in front of the HS2 terminal building.