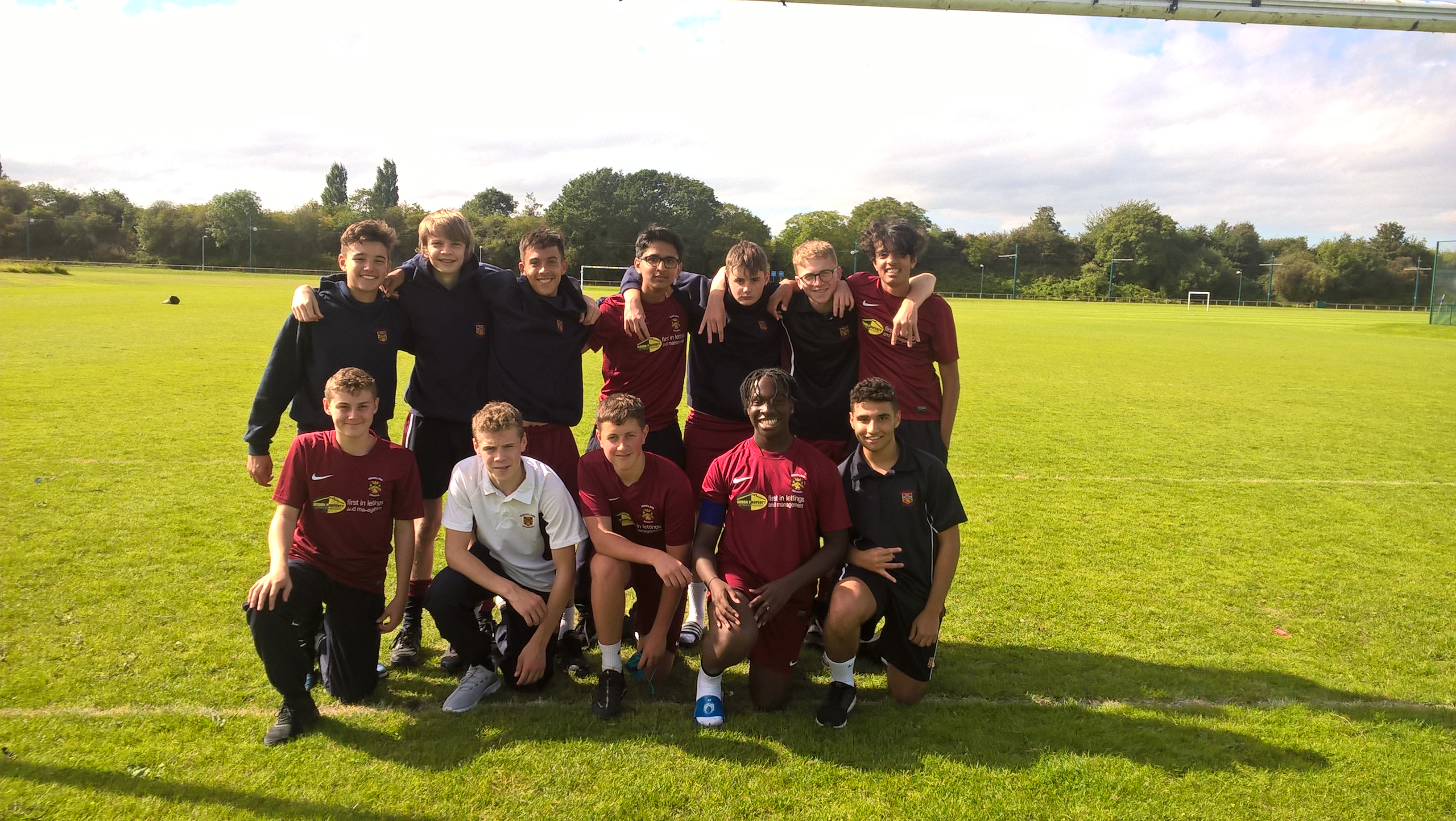 On Wednesday 11 September the U16 football team attended the Midland ISA Football tournament in Nottingham. Two groups of five and six teams would see the top two from each group qualify for the knockout phase and compete for the trophy.

The team looked organised in their opening group game and immediately put pressure on Heathfield Knoll. Towards the end of the first half, the opposition broke away and, with the wind behind them, took a long-range effort at goal, which sailed into the top corner. A response was needed, and a good passage of play and gamble from the striker, Louis Hughes, saw him slot the ball home to make it 1-1 at half time. The second half saw plenty of possession and work rate from Highclare, but could not find a winning goal.

After the positive start, the game versus the Priory was going to be tough. Highclare once again looked organised, communicated well and showed plenty of resilience, particularly in midfield and defence. The priory created chance after chance, but Highclare were blocking, tackling and clearing with great effectiveness. The second half was a similar story, the team working hard for one another with captain, Ethan Thorpe-Brown, keeping his team organised and leading by example in central midfield. As the clock ticked down, the opposition had chances blocked and saved. They had a golden opportunity to win it with the last kick of the game, but a superb save from Malakai Florey-Meah ensured that Highclare came away with a well-deserved point and gave the team the confidence they needed for the final two games.

3 points from the first two games (2 for a score draw, 1 for a scoreless draw) was an encouraging start. However, the team  knew that they must get a win to give them a chance of qualifying. Unfortunately, a 1-0 loss against Stafford Grammar, made this an impossible feat going into the last -game against Quinton House. Despite this, the boys were determined to come away with another positive result. The team once against showed excellent shape and discipline and went 1-0 up through a fantastic free kick by Sean Crean. The opposition hit back almost instantly and the rest of the match was end to end with both teams creating chances to win.

A 1-1 draw was a fair result and, despite not managing to get a win, it was a really positive day for the team who showed plenty of character and enjoyed their first tournament of the year.

Congratulations to all who took part.