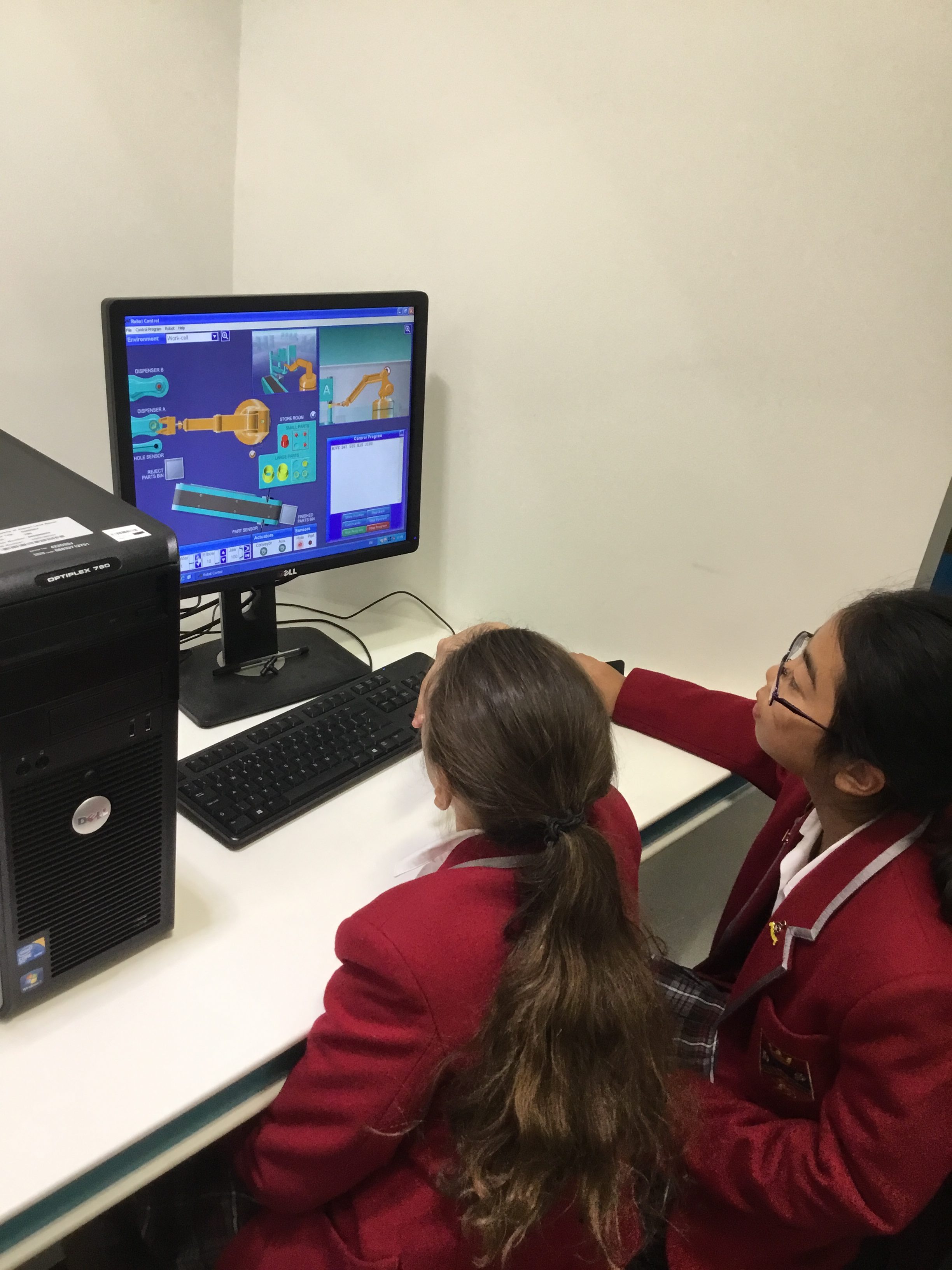 On Thursday the 27th of September J6 pupils visited Jaguar Land Rover to explore what happens behind the scenes!  As well as seeing the robots in action putting the car together (very cool!) pupils also enjoyed a Lego challenge and discovered how to program robotic arms and conveyor belts.

A J6 pupil has kindly shared his experience of the day, it sounded fantastic!

When we arrived at the education centre at Jaguar Land Rover we were split into two groups. The group I was in was led by a retired Jaguar Land rover employee who showed us around the factory,  we started at the deck of the car.  We watched the robots take it through and bolt it together with nuts. It moved down a conveyor belt and we headed on to the next section which was the doors. There are two different different sides. One does the right side and the other does the left side. We saw the right door being finished and we saw the man put it on as well. He walked away and pressed a button and the the clamps went on to the door and the door then got flipped on to its side with the robot securing it in place – pretty cool!

We moved on upstairs to see the body being put together, which then went through a scanner with lasers to check it was all correct. Next the body got bolted together with the doors, the ceiling was glued in and the car went to be painted.  We were not allowed to see the car being painted as we were wearing wool bits that might come off and might get stuck to the paintwork, it would then cost them £10,000 to repaint it! They said they only do 15 main colours, but if someone wants a different colour, even pink, then they will do it but it would cost £10,000 extra!

As well as robots Jaguar Land Rover employ approximately 3,000 people at this factory, we saw people fitting the interior of the car and putting the car through tests including  an on road/off road track which is only small but it tests against everything such as stones, cobbles and humps.

We walked back to the education centre and had lunch. We then had a challenge in groups of four where we had to copy a LEGO model of one car and make twelve more the same whilst we were timed.

Finally we went through in to the computer room where we had to program a robot arm to pick up a yellow brick, put it on a conveyer belt and move it along in to the bin.  We could then run the program to do this over and over again.

All of us who went really enjoyed it. My favourite part was watching the robots because it was interesting to see the robot work and create a car. I would like to thank Jaguar Land Rover for letting us visit and I would love to go back again. 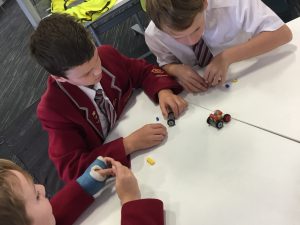 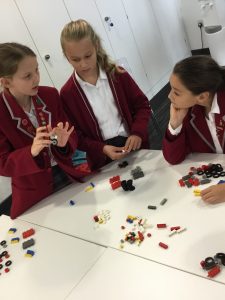